I think it's pretty well-documented that I'm addicted to pulled pork. So, without further ado, here's another way to make pulled pork! This time it's Mexican -- just in time for Cinco de Mayo if, like me, you're probably going to spend Cinco de Mayo eating nachos on the couch while watching Tosh reruns. 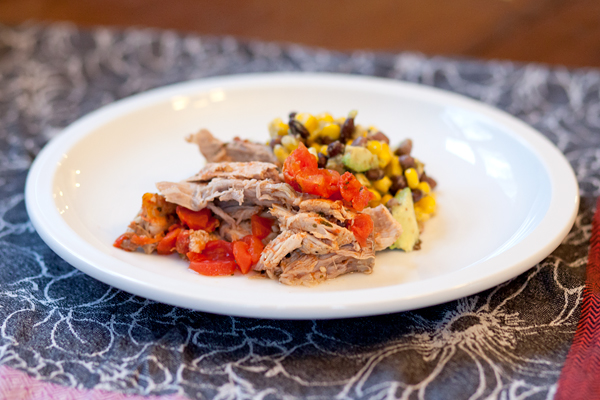 Throw it all in the slow cooker. Cook on LOW for 8 hours. Shred it up and enjoy! I served it with a mix of corn, black beans, and fresh avocado with a few shakes of chili powder and Papa Joe's mixed in. Feliz Cinco! :)