I freelance from home with two toddlers underfoot, which doesn't leave a ton of time for reading. But I love reading. And as much as I love reading -- maybe even more -- I love buying books. When I was little, my dad used to take me on a weekly pilgrimage to Waldenbooks where I'd drop $3 on the latest Babysitters Club, Sweet Valley High, or Sleepover Friends book. That obsession hasn't slowed down, and it doesn't help that I have a book swap about a mile from my house where I can get just about anything for under five bucks. The result: I have over 100 books I haven't read. Seriously. I wish I were exaggerating, but I'm not. And I wish I could read them all at once, but I can't. 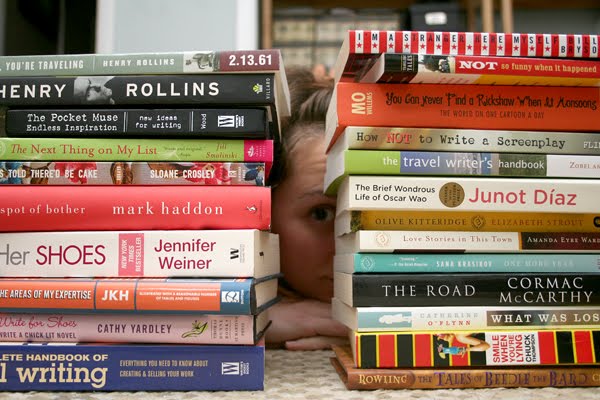 So I decided to start picking through them slowly. Actually I decided to do a "52 Project" and read a book a week, but hahahahaha do you remember when I said I had two toddlers? So, yeah, I'm just going to read when I get the chance and hope for the best. Check the "reading" tab whenever you need book recommendations, although I'm hardly objective -- for example, I deduct one bajillion points if a child or dog dies in the book. (Boooo, The Imperfectionists! Boo!) And feel free to leave your own review in the comments, because I love talking nerdy about books.

And I'm going to try to avoid buying any more books in the meantime.

RECIPE: Baked Broccoli. It's nothing short of magical.

I saw a recipe for oven-baked broccoli, and my first thought was, "Wow. That sounds like a way to make raw broccoli even more dry and bland." But then I kept seeing more and more recipes for it, so I finally decided there must be some truth to it. (Not that trendy foods can't be gross -- I'm talking to you, alfafa sprouts/foie gras/wheatgrass shakes.)

So this weekend, we tried it. And it...was....AMAZING! Okay, that's a strong word. Usually, the biggest compliment I can muster up for a vegetable recipe is "edible" or "tolerable." But these were straight-up delicious. 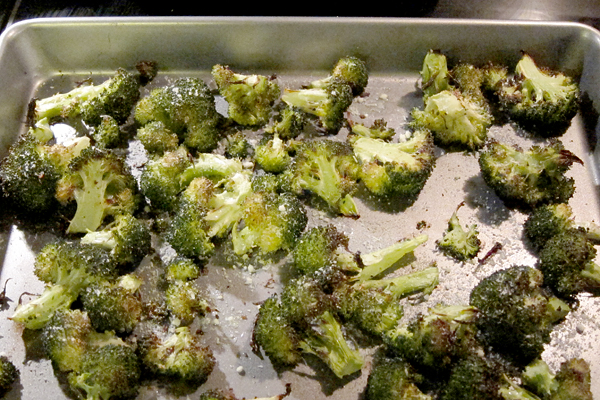 
Chop the broccoli into bite-size florets. Toss them with a little bit of olive oil, salt, pepper, and garlic. Lay them on a lightly greased cookie sheet and bake at 425 degrees until the tips of the "trees" start turning golden-brown. For us, that was 10 minutes, but our oven cooks with the power of 1,000 suns. Then take it out, squeeze some lemon juice over it, and sprinkle with parmesan cheese.
How delicious is it? Um, my hubby walked out of the room and I snuck a few florets while he wasn't looking. Yeah -- I STOLE BROCCOLI. Usually (much like a 3-year-old), I save my veggies for last, eat five bites, announce that I'm full, and scrape the leftovers onto his plate. So for me to sneak broccoli because I didn't want to share -- that's huge. I want to make this every night. And maybe for breakfast too.
* Just shake it until it looks about right. As usual, I subbed Papa Joe's salt for all three.
Posted by Kara at 5:25 PM 3 comments:

Yikes, I haven't posted in a week -- my mashed potato coma was followed by Black Friday madness, Cyber Monday impulse shopping, and then a day or two of sheer laziness. But, I'm back. And I have a pie recipe as a sort of peace offering for being a bad, bad blogger.

I don't think it's actually Swedish, but that's not important.

It's super-easy, and that is important. 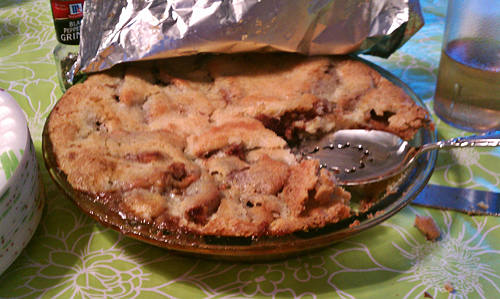 
Preheat the oven to 350 degrees.  Lightly grease the bottom of a pie plate.  Chop the apples into thin slices and fill the pie dish until it's about level with the top. (Nope, there's no crust on the bottom. Have faith!)
Mix 1/4 cup sugar and 2 Tbsp. of cinnamon in a bowl, then pour evenly over the apples. Then mix the egg, 1 cup sugar, 1 cup flour, and the melted butter in a bowl and pour the mixture evenly over the apples. Some will fill in the cracks, the rest will sit on top. Bake for 45 minutes or until the top turns light golden and a little bit crispy to the touch.

Everyone polished it off and my brother-in-law nominated it as my new signature dish. Woohoo! Win.

Plus it's apples. So don't feel like you have to wait until the holidays. It's practically health food!
Posted by Kara at 5:05 PM 2 comments: