Hubby and I used to eat at Olive Garden a few times a month, and I can sum up the reason in four words: San Remo Seafood Dip. Anyone remember that dip? It was the stuff that dreams were made of. It was my desert-island food. It was crabby, garlicky deliciousness. We didn't even need a menu when we went in -- we ordered the same thing every time.

I'm not sure why he thought spinach-artichoke dip was an adequate substitute for The Best Food in the Whole Wide World -- and such an adequate substitute that he didn't even need to notify me -- but whatever. I couldn't worry about his crappy waiting (waitering?) skills, because I was too busy wrapping my head around the fact that I'd never eat San Remo dip again.

That was 10 years ago. I'm still not over it. So the other day, I went on a search for a copycat recipe. And unlike the crap-stew version I found last time, this recipe actually looked like it might do the trick. I tweaked it a little but....IT WORKED!!! And the stars and planets realigned, and now I can drive past Olive Garden without the usual cursing and fist-shaking.


Heat olive oil and flour in 2-qt. saucepan. Add the liquids from the canned seafood, the cream cheese, salt, garlic, and horseradish. Stir until smooth. If it looks like hot vomit, that means you're doing it right! 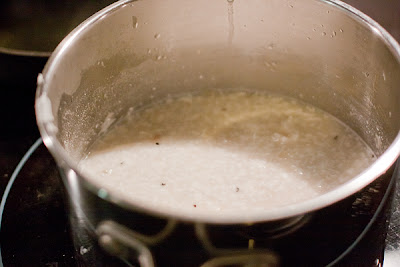 Add romano and seafood. Stir until heated. Add half and half. Simmer 10-15 minutes. The texture will start to improve, and it will actually begin to look and smell like something you might willingly put in your mouth. 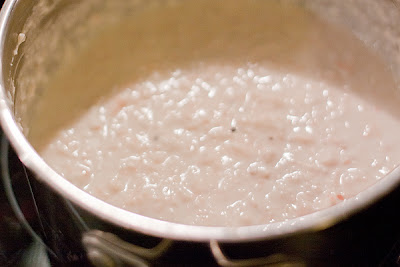 Rub olive oil on a casserole dish. Pour the marinara in the bottom. Pour the mixture on top, and top with 1/4 cup of romano. By now, it will look yummy and smell like MAGIC! 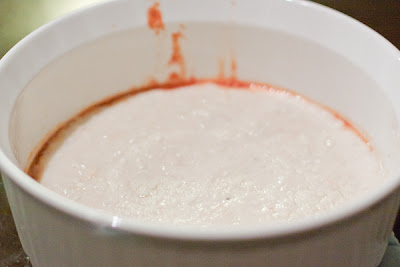 Bake at 325 degrees for 10 minutes. I was so excited that I sat in front of the oven and watched it cook, but that's not a necessary step unless you, too, have been suffering withdrawal since 2002-ish. Let cool for a few minutes before serving. Yum.

So, have you ever had a favorite dish taken off the menu? While we're on the subject, I'm also a little sore with Applebees for 86ing their french dip sandwich. And if Dunkin Donuts ever takes away the butternut donut, there will be mutiny.
Posted by Kara at 8:56 PM