This is what happens when I let my husband come grocery shopping with me. Actually, he didn't even come inside -- he waited in the van with our boys while I grabbed a few staples. But when I got back to the car, he was like, "Oh, I just found this awesome recipe on Mark's Daily Apple*, and can you maybe go back in and buy all this stuff?" Then he handed me his phone with the recipe loaded on the screen and sent me off in search of kale, dill, eggplants, onions, Greek yogurt, and a bunch of other crap I wouldn't normally buy.

I wound up replacing the kale with collard greens, because they looked much less scary. I decided to use parsley instead of dill, because I didn't feel like spending $4 on dill leaves. I got the eggplants and onions, forgot the Greek yogurt, and went on my way. So, there are a few substitutions in my recipe, thanks to a combination of forgetfulness and a Beavis-and-Butthead-esque rebellion against using anything called dill weed in my food.

Now. I have to warn you that this recipe takes forever. It was the perfect project for, say, Halloween night when both of us were in the kitchen and trying to distract ourselves from hoovering the entire bowl of candy in the living room. (Have you tried Peanut Butter Snickers yet? They're like whoa.)

The recipe is kind of overwhelming anyway, so I'm going to break it down into three parts: cooking, mixing, and assembly.


Are you exhausted yet? Me too! But hang in there. I swear it's worth it.

1. Peel the eggplants and slice them into 1/4" slices. Put the slices in Bowl A and cover them liberally with sea salt. Don't worry. You'll be washing the salt off later. It's just there to suck the moisture out, which keeps it from tasting bitter.

2. Boil some water in Pot #1, then add the leafy parts of the collard greens. Boil those for 3-5 minutes.

3. In the skillet, brown the turkey with olive oil, onion, garlic, cinnamon, and allspice. When it's done, dump it into Pot #2 and set it aside.

4. Look at the bowl of eggplant -- you should see little drops of water on the eggplant. That means the salt did its job. Rinse all the eggplant, then cook it in the skillet until it's slightly brown. Once it's all cooked, put it back in the bowl for now. 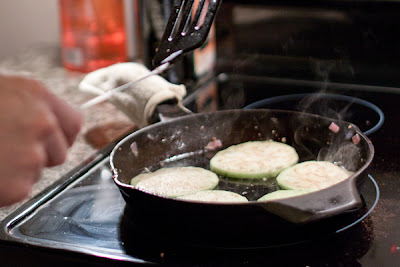 1. Drain the can of tomatoes, drain the boiled collard greens, and put them both in a blender along with the parsley. Puree everything together. Dump this puree into Pot #2 with the turkey. Simmer on low for 10 minutes. 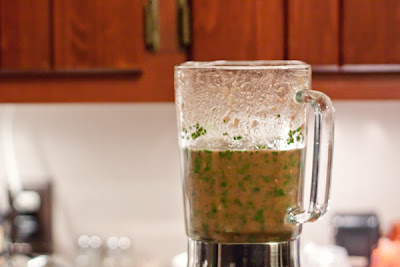 2. In a bowl, combine the yogurt, sour cream, eggs, and nutmeg. Whisk 'em until they're creamy. 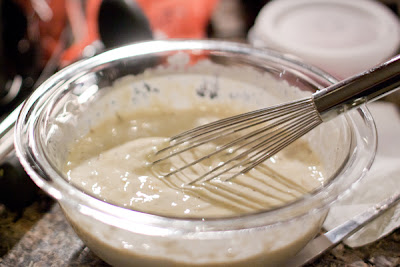 
1. Lightly grease the casserole dish with olive oil. Line the bottom with a layer of eggplant. Make sure you can't see the bottom of the dish -- it's okay if there's some overlap.

2. Pour the meat-and-tomato mixture over top.

3. Cover the meat-and-tomato mixture with another layer of eggplant. Again, make sure you can't see the meat layer beneath it. 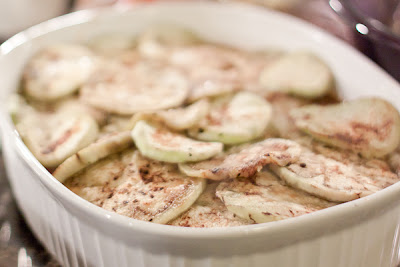 4. Pour the egg-and-yogurt mixture over the whole shebang. Sprinkle the parmesan cheese on top. 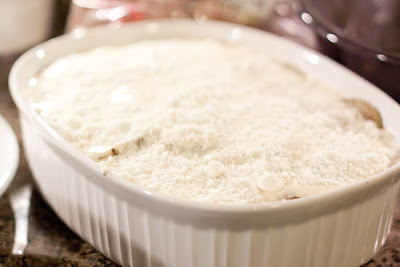 
If you're keeping track, this whole process will probably take a solid hour and a half. This is less of a recipe and more of a team-building effort/epic kitchen adventure/way to kill time. But HOLY CRAP IT'S DELICIOUS! I'm a carbaholic and I didn't miss the usual layer of potatoes one single bit. If I had a personal chef, I would force him or her to cook this once a week. Maybe twice. 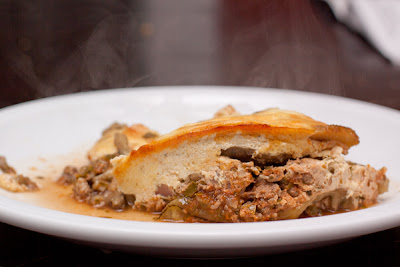 Let me know if you get the motivation to try this! :)

P.S. I'm pretty sure this is gluten-free.


* No, he isn't actually hyperlinked when he talks. But now that he has a smartphone, he might as well be.
Posted by Kara at 7:51 PM