I'm coming out of retirement to share this amazing apple crisp recipe. 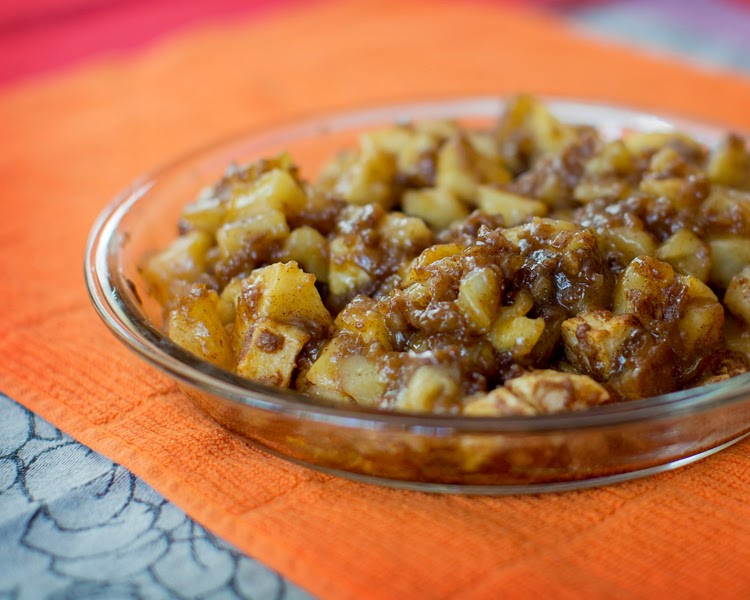 Okay, maybe "retirement" isn't the right word. I've just been really lazy about posting lately...like, for the whole summer, and most of fall. But "retirement" sounds better, amiright, Jay-Z?

Anyway. We went apple picking yesterday, and I wanted to make an apple crisp since my boys picked around 293864 apples. My usual recipe is a mashup of my mom's easy-peasy recipe and Betty Crocker's recipe. And every other apple crisp recipe, I guess, because there's not much to apple crisp. But when I went into the cabinet for some brown sugar, I found a jar of pumpkin butter we bought at Pepper Palace a few months ago, and I thought, "Ohhhhhhhhhhhh." Which is my default opinion on anything pumpkin-related. I played it safe a little and only replaced half the butter, but OMG. OMGAAAAAAHHHHH.

1. Peel and chop the apples.

2. Put the apples in a large ziploc bag with the flour, white sugar, and cinnamon. Shake it like a Polaroid picture.

3. Melt half a stick (1/4 cup) of butter in the microwave. Stir in the brown sugar, pumpkin butter, and vanilla.

4. Dump the ziploc mixture into a greased baking dish. Pour the buttery mixture over it.