Okay, I know. I've been really bad at updating lately. I have two "day jobs" and, as a result, haven't been wildly adventurous in the kitchen. By which I mean I've been eating stuff that would make a frat boy judge me. (Example: Crush nachos, dump in a jar of salsa, et voila! Tortilla soup! ...why don't I weigh 300 pounds?)

Anyway. My cousin texted me a recipe for pulled pork the other day that sounded ridiculously awesome. But her recipe called for beer, and we only had one bottle in the fridge, and it was some chichi froufrou beer that my husband didn't want me to dump over a slab of meat. Whatevs. So I decided to make up my own recipe. 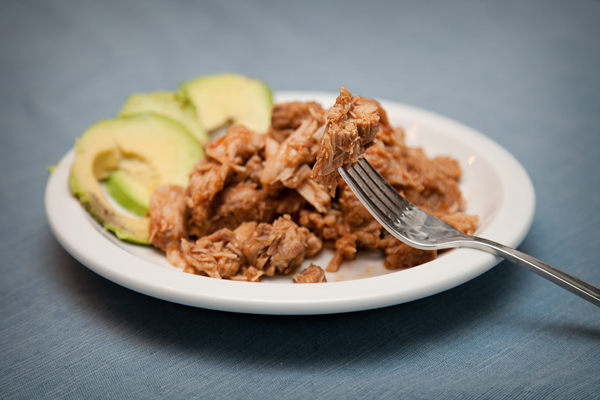 
I actually slacked on preparing this (big effing surprise) so I didn't have time to properly marinate it. A good substitute for an overnight marinade is to dump the ingredients in a big Ziploc bag and give it an aggressive deep-tissue massage. This will help some of the juiciness get in there.

My bag was leaky (stupid generic zipper bags!) so I had to banish it to the sink while I worked. 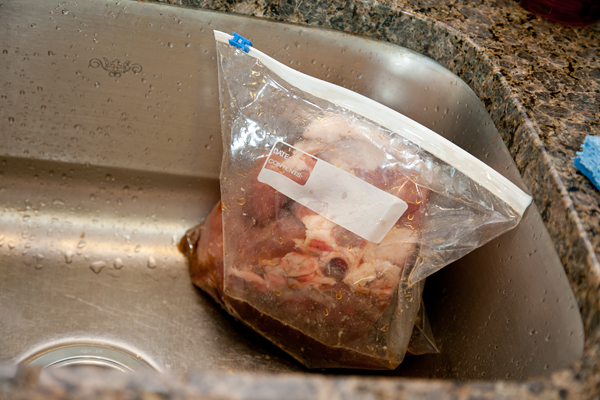 FOR THE DRY RUB: 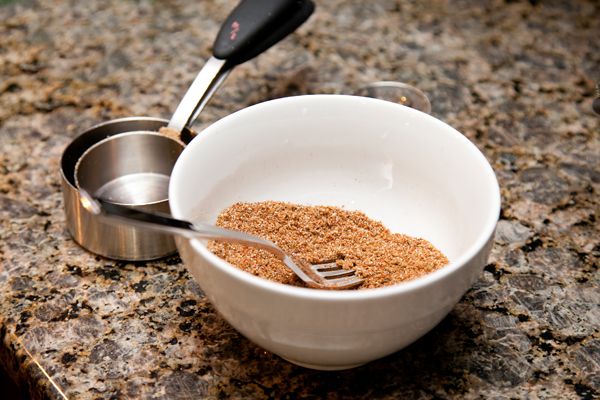 Put the slab of pork (marinade included) in the slow cooker, fat side up, and rub the...um, rub...all over the pork. I find this part of the process inexplicably fun. Maybe because it hides the gross sliminess of raw pork. 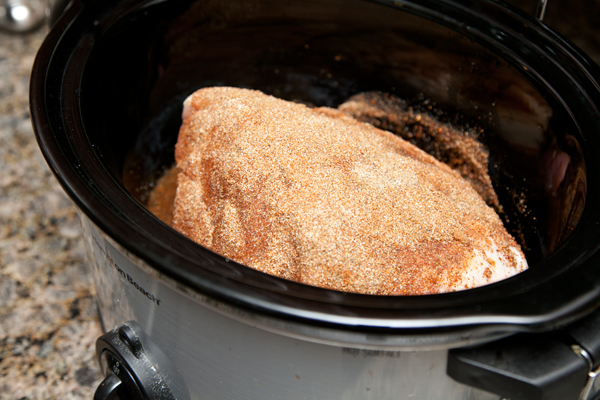 Then cook on low for 6-8 hours, shred it up, and mix a little bit of barbecue sauce (I heart Dinosaur BBQ's Wango Tango) with it -- about one tablespoon of sauce for every cup of shredded pork.